One summer, our playgroup decided to make a giant paper aeroplane out of bamboo canes and paper. The children literally spent days sellotaping this enormous contraption together until they had created something truly magnificent. It was at least 4 metres long and weighed about as much as a young elephant. We then decided to launch it from the highest climbing frame on the project. It took over twenty children to carry the aeroplane and get it into position for its first flight. Did it fly majestically, gliding across the playground in a glorious moment of transcendent beauty? No of course it didn’t. It plummeted straight down and smashed into a hundred pieces of splintered bamboo. It turns out that aero-engineering is not as easy as you may think. The thing is, nobody felt disappointed. It had been such an epic thing to attempt that even though it failed, we all felt that we had done something genuinely amazing.

What is ‘loose parts play’?

The resources themselves are secondary to the purposes a child is enabled to use them for. Let’s be honest, nobody would ever suggest that iPads are a loose parts resource but if a child were to build a tower out of iPads, they would be precisely that. Bristol Playpods, a project-based entirely on loose parts in schools, regularly include old computer keyboards in their scrap-based play pods. The children love these and they become integral parts of pretend spaceships and offices – even time machines! 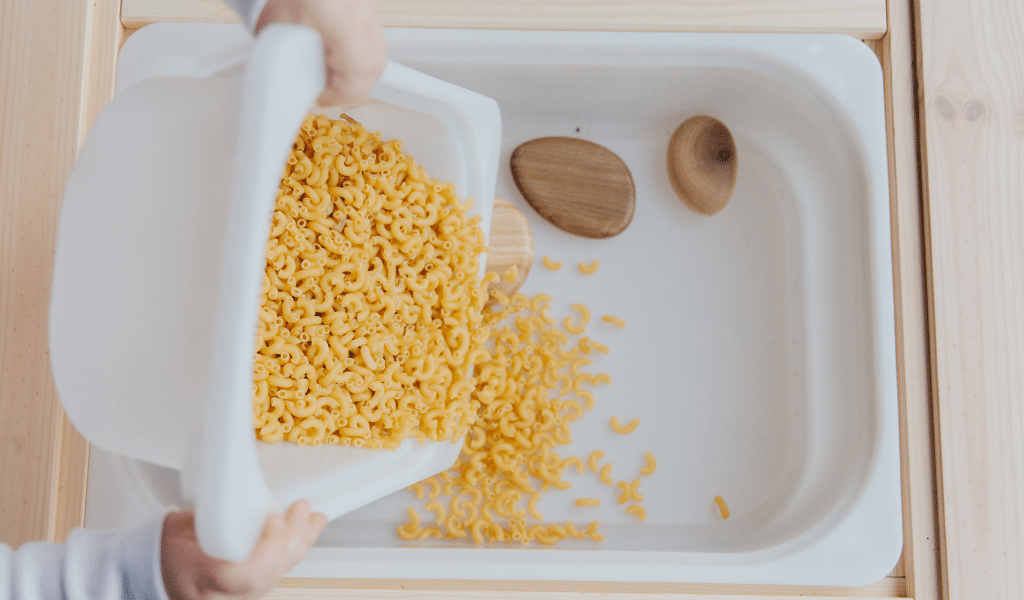 The point I am trying to make is that although some items do lend themselves more to possibilities, cardboard boxes and old bits of material are my favourites. It is much more about enabling adults giving freedom and above all permission to explore those resources. Children are often told they must only use things for their intended purpose or that certain items must stay in certain areas.  The idea that there is a wrong way to use an item or a specific location for resources is the opposite of loose parts play. It makes sense, to an adult, not to let children take the home corner resources outside to the sand pit because they may get damaged or broken. To a child, however, it is that very ability to transport items between areas that can create new ideas that even the adult may not have previously considered.

That is not what it is supposed to be used for!

I have several managers of settings who also work for me. Whilst observing a session recently, I witnessed a child climbing into the toy Moses basket and singing “Row, row, row da boat”. The key worker instantly asked the child to stop what they were doing saying, “Get out of there, that’s for the babies.” At this point, the manager stepped in and simply asked, “When did you last see Ahmed singing?”. The key worker replied, “Well, he doesn’t usually join in with the singing.” The manager then asked, “When was the last time you saw Ahmed so engaged in play?” Ahmed was usually very quiet and often found it hard to engage. The truth is that by not using the resources for their intended purposes Ahmed was working with his brain, following his own instincts and experiencing a unique level of engagement and joy.

Now don’t get me wrong, I am not suggesting that children should always do whatever they want with the resources. If Ahmed was damaging the Moses basket so that other children could not use it then, obviously, we are still the grown-ups in this scenario and we would gently steer Ahmed onto something else. Common sense should still prevail, but we need to take a moment to consider and not be so quick to stop spontaneous creativity and exploration. It is only when children are enabled to explore the possibilities in their world that they can become truly creative. And sometimes that can be as simple as the permission to be spontaneous. 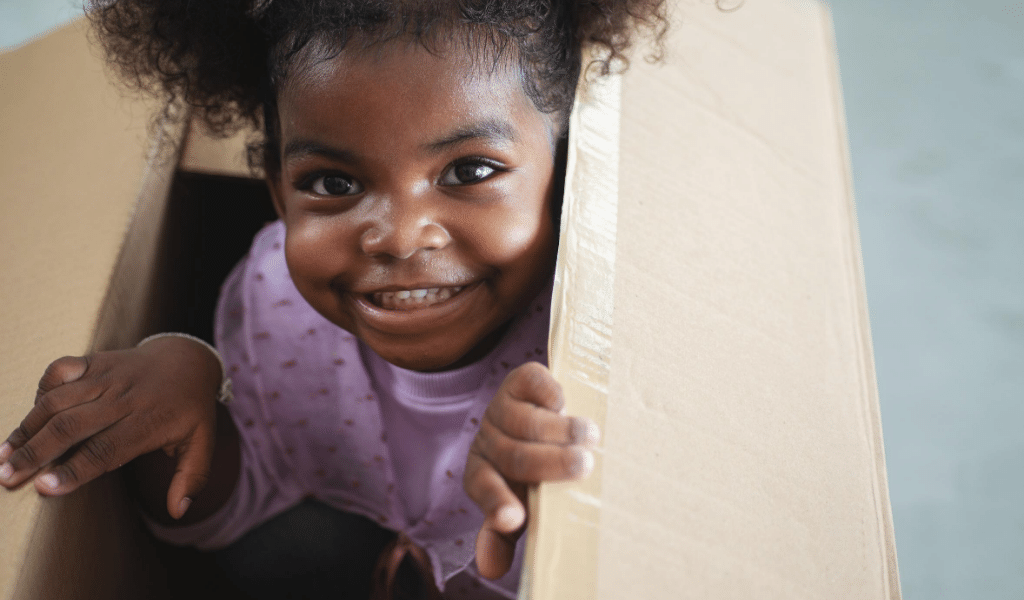 The importance of spontaneity and divergent thinking

Why is spontaneity so important? Well, some people seem to have a mindset of creativity when it comes to problem-solving. The ability to see multiple solutions to a problem or ‘think outside the box’ is a trait shared with the worlds greatest thinkers. Anyone that has pushed the boundaries of their profession or even in some cases changed the world has this mindset. These people are called divergent thinkers, eschewing the logical steps of problem-solving for imagination, innovation and creativity. Einstein was famously a divergent thinker and created what is arguably the most beautiful mathematical equation ever conceived of, utterly changing how we view the universe.

Crucially though, Lieberman defined ‘playfulness’ as physical spontaneity, social spontaneity, cognitive spontaneity, overtones of joy, and sense of humour. There we have that word again, ‘spontaneity’: the ability of a child to be spontaneous in early childhood is directly linked to developing mindsets of creative problem-solving.

This is the essence of loose parts play. Simple spontaneity made possible by the adults in a child’s environment. So it doesn’t really matter if you use pine cones, sticks, cardboard boxes, crates, material or even old computer keyboards. Whatever helps unlock spontaneous exploration in our children, enabling them to see possibilities, is a loose parts resource. What does matter is that the adults give implicit and explicit permission to spontaneously explore and manipulate the resources.

The power of string!

As a child, my dad lived on a very poor estate in London just after the second world war. He had very few toys to play with and claimed that one of his favourite childhood memories was when the man who sold the papers gave him two bits of string to play with. Incredulously I asked him why two bits of string was any better than one? He replied with a grin, “Because with two bits of string I could be a twin engine aeroplane!” Interestingly my Dad grew up to be a successful aero-engineer. He was part of a team working on engines for Concorde among his many achievements and was a creative and innovative thinker his whole life.

This has led me to two significant realisations. Firstly, I now believe that the mindset and brain structure my Dad needed to be an innovative aeroengineer wasn’t built in school, sitting still listening to a teachers, but through running around in bomb craters with two pieces of string as propellers, seeing the possibilities in the world and spontaneously playing with loose parts resources.

Secondly, I believe my Dad could probably have made the giant paper aeroplane fly!

Also look out for Ben’s book about play, “A Very Unusual Journey into Play”  which will be published in April 2022. 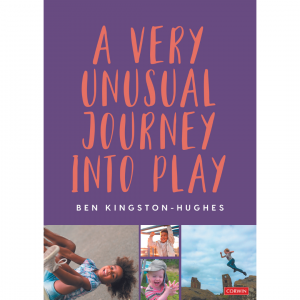