If like us, you are a big fan of international speaker and trainer Ben Kingston-Hughes, you’ll be pleased to know he’s put together for us some insights and reflections on risky play and challenge in early years. Over to Ben…

The scooter of death!

As a child I had a bright blue scooter. I remember this scooter because one summer a group of us decided to race our scooters down the hill and then deliberately hit the kerb so that we would be flung over the handlebars. Let me just re-iterate this. We deliberately did something extremely dangerous simply because it was fun. The idea was that we would “fly” over the pavement and land safely (ish) on the grass of my front garden. How we laughed when one of my friends became tangled in a tree. How we cried when we inevitably skinned our knees (and faces!) on the tarmac. Eventually, after several weeks of practice, we all learned to land hands-first, roll and come up standing with our arms out waiting (in vain) for some applause. “Ta da!”

Why did we do this? In fact, why would any sane individual deliberately put themselves in danger? The truth is that children will instinctively add challenge to their play. They will climb a little higher, jump a little further and race a little faster. From a survival perspective these behaviours would seem to be counterintuitive? We all know that the more primitive areas of our brain are geared up for survival. Behaviours that make us vulnerable should have been quickly eradicated and yet we know that the exact behaviours I have just described are shared by all mammals potentially for the last 200,000,000 years. How can a behaviour that makes us vulnerable have remained ingrained in our behaviour despite the fact that it could potentially lead to injury or worse? 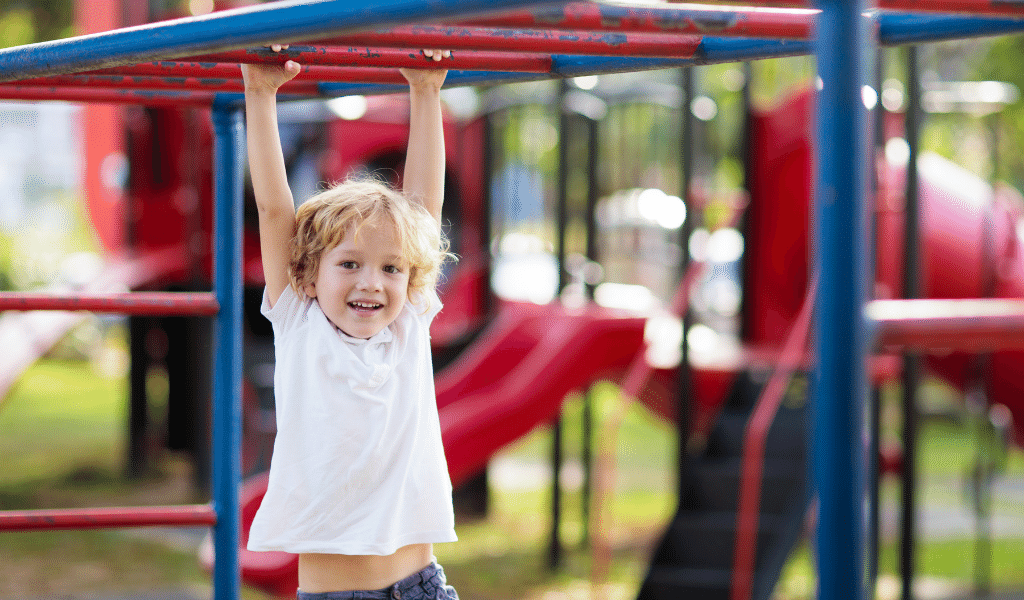 It turns out that whilst these seemingly dangerous behaviours do make us more vulnerable in the short term, in the long term they have the opposite effect. By practicing with potentially dangerous behaviours as children, we train our bodies and brains to be able to cope when it really counts: when we are adults. In short, learning to fall effectively as a child will mitigate the potentially serious damage caused when we fall as an adult.  This means the brain instinctively puts us in “dangerous” situations through play so that when we are adults we will be able to survive those situations.

There is a myth that children are more physically vulnerable than adults – when in fact it is us adults who are the more vulnerable. If a three-year-old falls over, they are that much lower to the ground than an adult and consequently much less likely to experience a serious injury. They also weigh less meaning less impact damage, and they also have more flexible bones meaning less chance of a fracture. Basically, children bounce. Case in point, six weeks ago my wife took my daughter ice-skating. My daughter fell multiple times with some pretty hard impacts before she was confident in her skating. My wife fell once and fractured her arm! 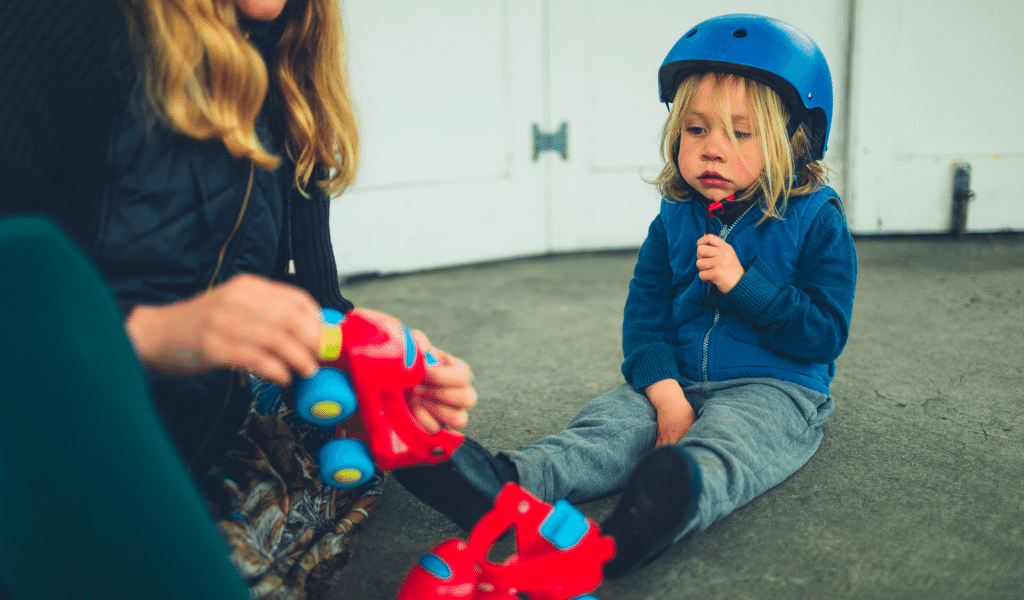 Childhood is the one chance we get to prepare for adulthood

This means that childhood is not merely the best time to practice these behaviours but the only time it can be done in relative safety. Children need to learn protective behaviours whilst they are still robust enough to be able to cope with the inevitable falls. This means that a childhood should be full of opportunities to run and jump, climb and balance and yes, even fall. I am not saying that anyone working with children should be doing things to deliberately injure children, simply that they should be providing opportunities for childhood experiences where a child has a chance to physically challenge themselves. We will always protect our children from serious injury but we do need to support them to access the kind of play where the odd bump or bruise is a possibility.

The biochemicals of fear

Of course it is not just the ability to physically survive danger which is important. We also need to learn to cope with the emotional and biochemical systems associated with danger and fear. The stress hormone, cortisol, is physically toxic to our systems and causes immense damage if left in our brains unchecked. Hence the appalling cost of anxiety to our children. How do children build-up a tolerance for these chemicals? They experience them in childhood through play. This is exactly what children are doing when they climb trees, jump off hills or play “What time is it Mr Wolf?”. They are experiencing fear, with all of the toxic biochemicals that entails, but they are doing it within the “safe” context of play. In effect, they are training their brains (as well as their bodies) to cope with these toxins and emotions in later life. 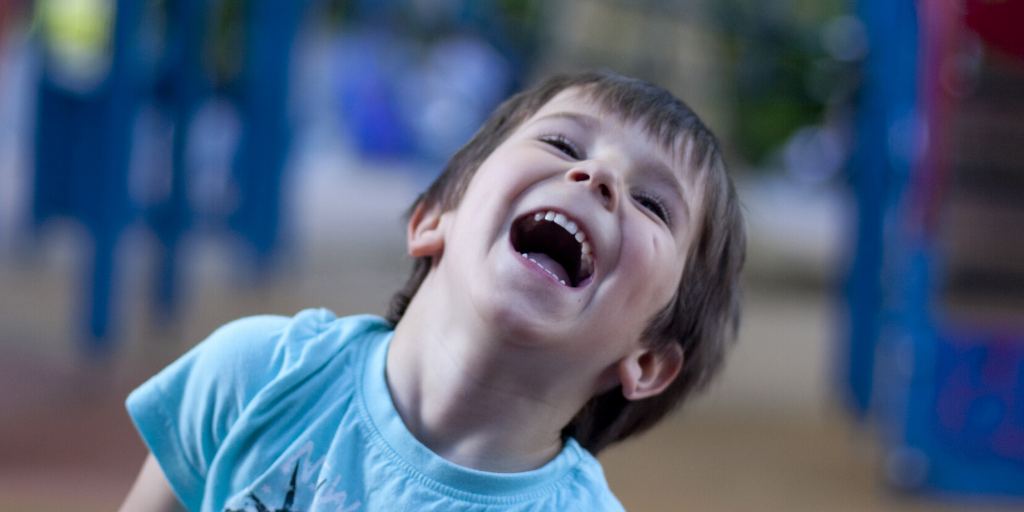 Every child is different

Just like adults, our children have very different risk thresholds. Some of us might happily do a parachute jump whilst others might leave their library book overdue for an extra day just for the rush. The same is true of children. Just like any other developmental opportunity, you have to tailor the experiences to meet the needs of the child. I find it helpful to think of it not as providing risk for children but helping them experience a feeling. That feeling where you are scared and happy at the same time, where your heart beats faster and you feel a moment of joy and fear at the same time. For some children they will experience that feeling going slightly faster on their tricycles, for others it will mean jumping from increasingly and alarmingly higher things.

So what is the takeaway? Firstly don’t go ice skating if you are over 40. Secondly, think before you restrict children from doing things that could help them cope with danger in later life. Always protect children from serious harm – but don’t make things so safe that a child never develops those all-important protective behaviours.

A couple of years ago my daughter got a new scooter. I decided to test it out by racing down the big hill outside our house. Unfortunately, this scooter had a slight design flaw which meant the handlebars would just come off at speed. The scooter buckled and I was thrown head-first over the handlebars. To my utter surprise, I landed hands first, rolled and came up standing, completely uninjured. A couple of teenagers on a corner gave me an impromptu round of applause. Clearly, I had trained for that very moment over 40 years ago and it was only my childhood experiences of risk which saved me from potentially a very serious injury. “Ta da!”.

If you want to know more about Risk and Challenge or any aspects of Play, check out Ben’s new book, “A Very Unusual Journey into Play” available at bookstores and online now. Or contact him if you would like training for your teams: http://www.iinspired.org.uk/

Ben Kingston-Hughes is a writer, award-winning trainer and managing Director of Inspired Children, working with vulnerable children across the UK.